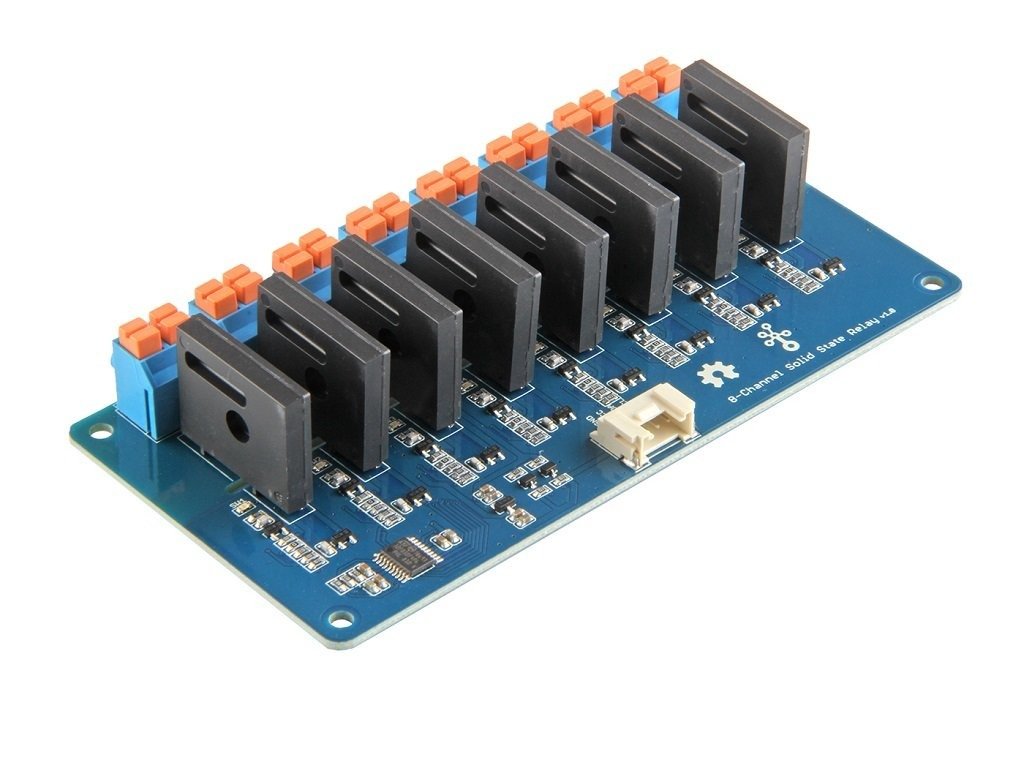 Instead of using coil, packaged solid-state relays(SSR) use power semiconductor devices such as thyristors and transistors, which provide a much faster switching speed than the mechanical relays. The Grove – 8-Channel Solid State Relay is based on the high-quality G3MC202P module, which allows you to use a 5VDC to control MAX. 240VAC. With the help of Grove interface, it becomes very convenient to use the SSR with your arduino. 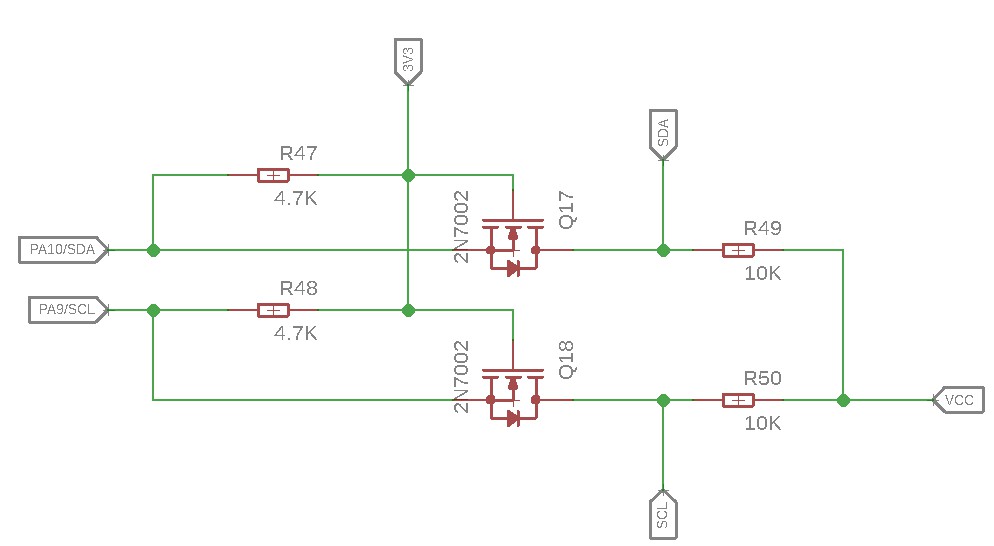 This is a typical Bi-directional level shifter circuit to connect two different voltage section of an I2C bus. The I2C bus of this sensor use 3.3V, if the I2C bus of the Arduino use 5V, this circuit will be needed. In the schematic above, Q17 and Q18 are N-Channel MOSFET 2N7002A, which act as a bidirectional switch. In order to better understand this part, you can refer to the AN10441