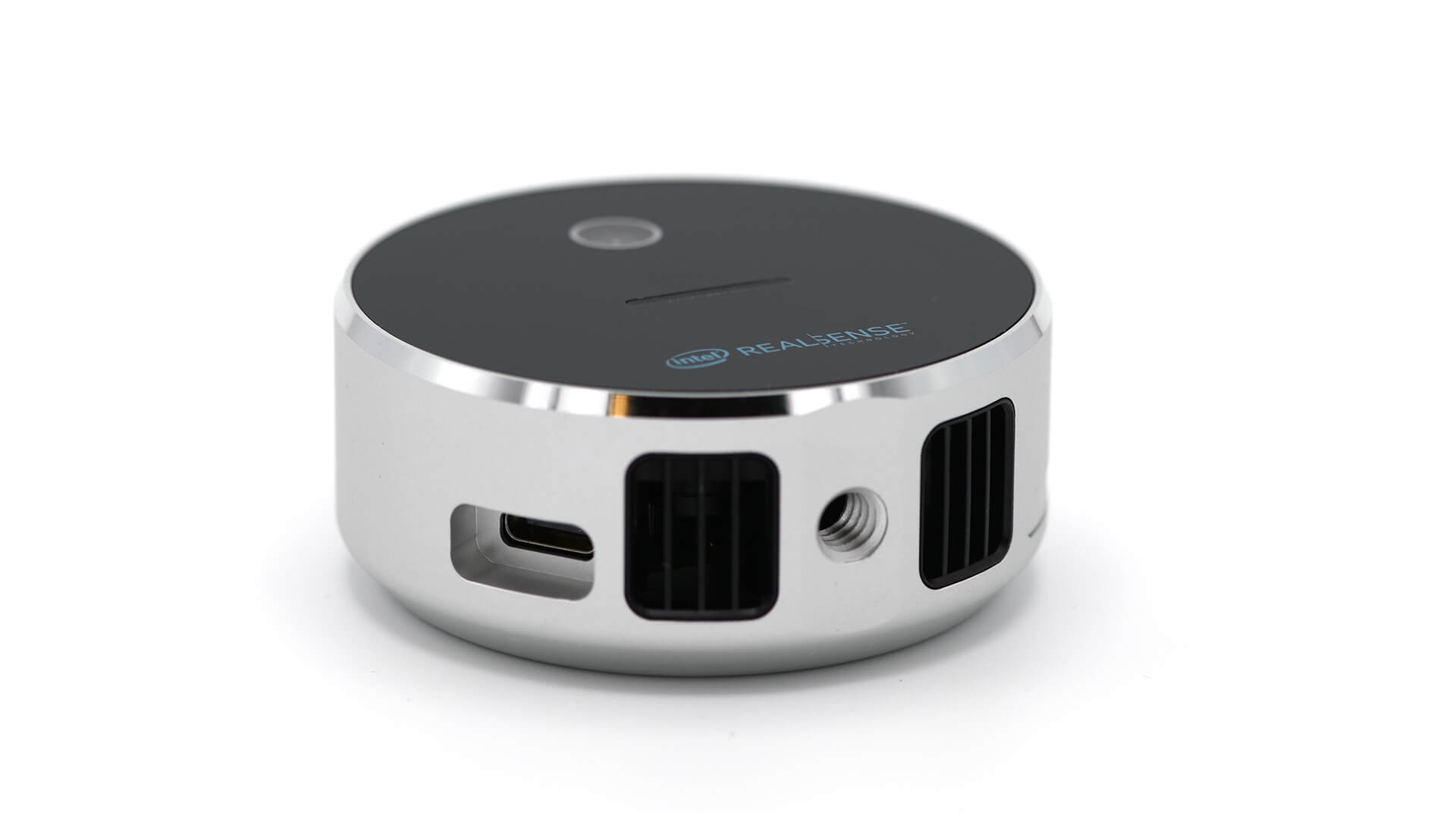 The Intel® RealSense™ LiDAR Camera L515 uses an IR laser, a MEMS, an IR photodiode, an RGB imager, a MEMS controller, and a vison ASIC. The MEMS is used to scan the IR laser beam over the entire field-of-view (FOV). The L515 vision ASIC will process the data from the reflected beam captured by the photodiode and will output a depth point representing the accurate distance of a specific point in the scene from the camera. Aggregation of the depth points will generate a point cloud depth data representing the full scene.

The Intel® RealSenseTM LiDAR Camera L515 is Intel’s first release of a LiDAR camera enabling highly accurate depth sensing in a small form factor. Small enough to fit in the palm of your hand, the L515 is 61mm in diameter and 26mm in height. At approximately 100g, it’s designed to be easily situated on any system, or attached to a tablet or phone. It also runs at less than 3.5W, considerably lower than competing time-of-flight (TOF) solutions. All depth calculations run on the device resulting in true platform independence.